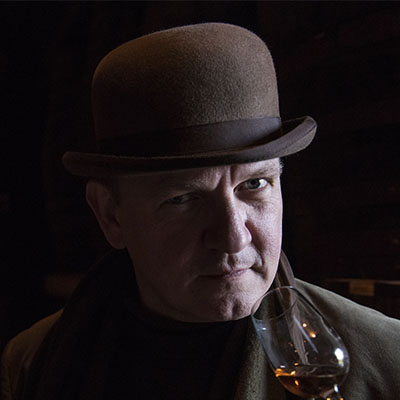 Started his professional Spirit career behind a Cocktailbar 1985, during his studies of sociology.

Some years later he began giving lectures on different spirits, mainly Whisky. Where he got the highest accolades as he became a Keeper of the Quaich in 1996, and a Master of the Quaich in 2007. He is a co-founder of ENSE (European Network of Spirit Experts).  He became a Member of the Gin Guild in 2016. Since 1997 Bernhard is a panel Member at different Spirit Competitions in Europe, and since 2010 in the US. He became a proud member of RumXP 2012. His friends say of him,: “I would once like to pass holidays as what you are calling work”

Since 1997, he is a professional Spirit Taster, being on the panel of the IWSC in UK, the Belgian Concours Mondial Spirit selection, the Miami Rumfestival, the German Rum festival, the German ISW, the German Craft Spirits Awards, the Indian Indspirits Award, the South African Michelangelo Awards and for some special interest Magazines like the Whiskymagazine and their awards, The British, The Scottish Whisky Awards, Member of The international Drinks Specialists, Member of the Council of Whiskmyasters.

In Germany he’s giving lectures on Rum, Gin, Whisky, Cognac and Champagne, on and off trade and for the public.

Also contributing Editor for several Bar and Drinks magazines in the GSA countries and finally wrote 3 books on Spirits (in German language).