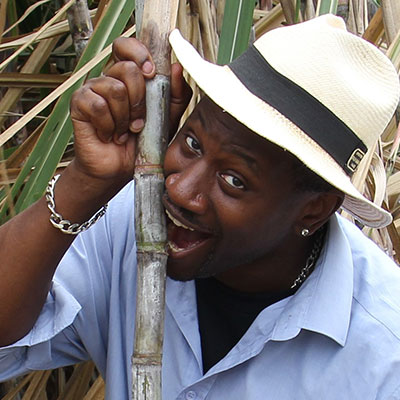 One of the most travelled figures within the drinks industry, the award winning “EduTainer”, has redefined the definition of an international spirits ambassador. An ex professional basketball player in the UK and international recording artist, he has now established himself as the world’s ONLY recognised Global Ambassador for the rum category. He has conducted masterclasses and seminars, sipped cocktails and judged competitions on no less than 7 continents around the world. And in 2014 he even took the time to break the Guinness World Record for the largest organised rum tasting & masterclass. His passion for rum and cocktails is infectious and in 2007 he not only created the world’s first international Rum festival (The UK RumFest), he also inspired the birth of rum festivals around the world including Miami, Berlin, Paris, Rome, Madrid, Prague, Hong Kong, California, New York, Chicago and Mauritius. As an “Edu-tainer”, he is in constant demand by various rum companies and organisations to give keynote speeches, rum tastings, cocktail presentations and demonstrations to trade & consumers alike. Ian is also currently the rum & cocktail specialist on television’s channel 4 entertainment show,” Sunday Brunch”, where he is regularly seen by millions of viewers educating celebrity guests on various rums and rum cocktails. But what is even more remarkable is that he is the Spirited Awards 7-time final four nominee and 2018 winner of the International Brand Ambassador of the year at the prestigious Spirited Awards part of The Tales of the Cocktail celebrations in New Orleans, even though Ian doesn’t represent any single brand, but a category.

In 2019 Ian was voted Rum Champion of the Year by his peers at the THINK RUM event in London held by Agile Media. He has also launched his first Rum festival in Miami, USA called The Miami Rum Congress which focuses on education and Rum Experiences in the America.