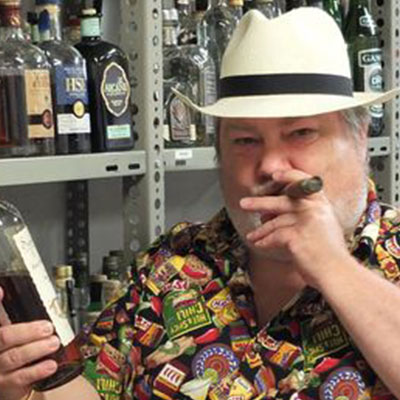 Ingvar is a rum and whisky enthusiast from Denmark — known in the industry as “Rum Thomsen”.

He has retired from his job and is now able to focus full time on his passion for rum.

His first encounter with rum was in Cuba on a trip to the island in 1992 and has been hooked ever since. Cuba is a favorite destination for Ingvar, he has returned to the island 5 times.

Ingvar has visited 43 Rum distilleries mainly in the Caribbean and a few in Denmark. In 2017 he visited Barbados, Saint Lucia, Trinidad and Grenada and in 2018 he went to Jamaica to visit 6 of the 7 distilleries.

He is in close contact with the Danish distilleries, which are distilling rum.

Another favorite spirit is Scotch whisky, which has led to a bit of travel around the Scottish county side and visits to 34 Scottish Whisky distilleries

He is a reporter for the Danish “Whisky & Rum Magazine”, specializing in rum. He has been writing for them since it started in 2011 and has had articles in all 44 issues. It is however only published in Danish.

• Worked at many Danish Rum festivals - specializing in rum
• Many visits to Rum festivals in London, Paris and Berlin
• Judged “Miami Rum Fest Rum Renaissance” as a member of the RumXp judging jury
• Judged two times at the “GERMAN RUM FESTIVAL”