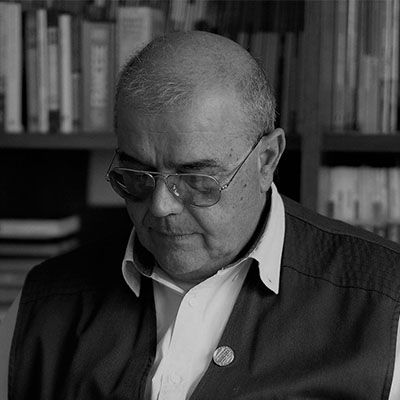 He was born in 1954 in a little town in Tuscany (Italy) where he still live. In his youth, he got a degree in Philosophy in Florence and studied Political Science in Madrid, but his real passion has always been History. Life brought him to work in tourism, event organization and vocational training. Then, already in his fifties, he discovered rum and fell in love with it.

He was one of the founders of the firm La Casa del Rum. They began by running a beach bar, but soon their passion for rum led them to select, bottle and sell Premium Rums all over Italy. He has visited distilleries, attended rum Festivals, been part of juries, etc. He has studied too, because Rum is not only a great distillate, it is a world. Produced in scores of countries, by thousands of companies, with an extraordinary variety of aromas and flavors, it is a fascinating field of studies.

Soon, he discovered that rum has also a terrible and rich History, made of voyages and conquests, blood and sweat, imperial fleets and revolutions. He soon realized that this History deserved to be researched properly, and he decided to devote himself to it with all his passion and with the help of the basic scholarly tools he had learnt during his old university years.

He runs a column – The Rum Historian – in the American magazine “GOT RUM ?”. In 2017, he published the book “AMERICAN RUM – A Short History of Rum in Early America”. He has also been contributing to RUMPORTER.ES, the Spanish edition of RUMPORTER.COM

In 2019, he began to run a Blog about the History of Rum and decided to leave La Casa del Rum. In 2020, with his son Claudio, he published a new book “FRENCH RUM – A History 1639-1902”. He is currently carrying out new research on the History of Cuban Rum.