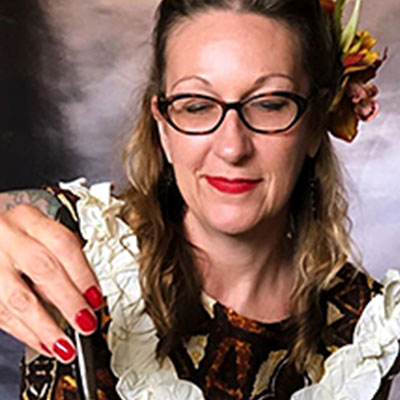 Marie King is an internationally-recognized rum and tropical cocktail specialist and the beverage director of Tonga Hut, the oldest Tiki bar in Los Angeles. There she founded the Rum Rhum Club in 2012—a regular gathering of rum enthusiasts that taste and discuss rum and cocktails while learning about all aspects of the industry from leading authorities in the field. With over 30 years in the hospitality industry, Marie brings her extensive first-hand experience to everything she tackles, which has included establishing the first cocktail program at the Huntington Beach Don The Beachcomber, creating the beverage menus for both Tonga Hut locations and Livorno, Italy’s first Tiki bar at The Surfer Joe Diner. She also travels extensively in order to curate one of the largest rum collections in Los Angeles.

Marie has been mentioned in, among others, The Los Angeles Times, Imbibe Magazine, Hemispheres Magazine, Tiki Magazine, Exotica Moderne Magazine, The District, Thrillist, LA Eater, Minimalist Tiki, Destination Cocktails and has appeared on NBC’s First Look, Spectrum’s Inside The Issues and is featured in the forthcoming documentary film The Donn Of Tiki.