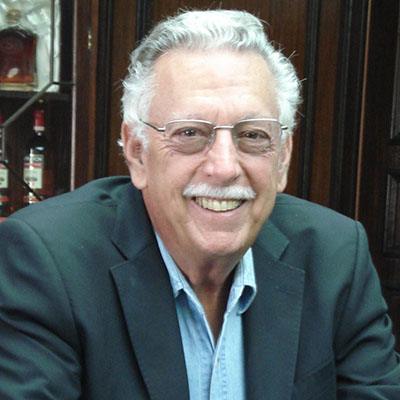 Michael was born and educated in Jamaica. He attended university in Hoboken, New Jersey and joined the firm of Wray & Nephew in 1963 as Supervisor of distilleries and later Manager of their wine and liqueur operation. He left Jamaica in 1977 to join McGuinness Distillers in Toronto but his association with W&N (Appleton Rums) continued since McGuinness was appointed contract bottler of Appleton rums in the same year.

During his tenure in McGuinness he was a member of The Technical Committee of the Association of Canadian Distillers, probably one of the most rewarding experiences, both socially and technically, in his working life.

His position in McGuinness was Technical Director when Corby Distillers purchased and closed the company in 1990. He then returned to Jamaica and assumed the position of Production Manager of Wray and Nephew. This lasted for 2 years when he decided, for personal reasons, to return to Canada and start his own consulting business.

His principal client was Wray and Nephew with responsibility for running their Canadian Operation as President and their contract bottling operations in Mexico, New Zealand, the USA, England and Canada. His role as the Appleton rum ambassador earned him the title of the “Rum Doctor”.

His working career was never dull in the two companies. McGuinness Distillers was, over the 13 years owned by Standard Brands, Nabisco Brands, Reynolds-Nabisco, IDV and finally Corby Distillers.

Wray and Nephew was acquired by the holding company of Angostura in Trinidad and finally by Campari in 2013. His tenure with Campari ended in 2015 when Wray and Nephew Canada ceased to be a legal entity in Canada. During his 21 years as a consultant he was involved in projects in India, Trinidad, Belize, El Salvador, Israel, the USA, Mexico, St. Lucia, New Zealand and Australia.

Michael’s passion is his family, especially Barbara who has been very patient over many years in listening to his frustrations with various aspects of his job. He is fascinated by the antics of his four grandsons and hopes that at least one of them will take an interest in his rather large collection of technical material related to the distilling industry. His other interest is writing, this is his third publication, designing houses, (some were actually constructed including his own home when he lived in Jamaica) and photography. His athleticism is confined to golf, which has also been one of his major frustrations